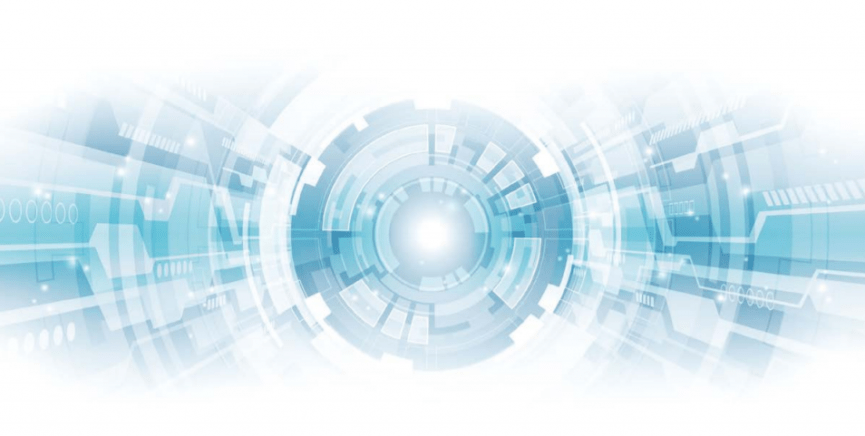 This article was originally published in HedgeWeeks Special Report, ‘Technology Innovations in Focus 2021’ The full report can be found here.  A PDF version of the below article can be downloaded here.

Hedge Funds face a major change in their margin requirements next year as part of UMR, but many firms have not yet grasped the implications or their tech stack, says Thomas Griffiths – Head of Product at Cassini Systems

In the world of high finance, 13 years feels like an eternity.

But the latter phases of the Uncleared Margin Rules (UMR), which have been in the works that long, are poised to have a sweeping impact on the industry, when the last two phases are introduced this Autumn and next Autumn, respectively. 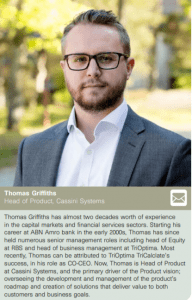 The Uncleared Margin Rules, which will force hundreds of asset managers to hold bigger margin requirements for non-centrally cleared derivatives, were first proposed by international regulators in the wake of the 2008-9 financial crisis.

Even so, Thomas Griffiths, Head of Product at software firm Cassini Systems, believes many affected firms have still not yet fully grasped the implications – or what it will mean for their technology stack.

While the early phases of UMR, which were introduced from 2016, initially impacted the sell-side, the extension of the rules to smaller asset managers from September 2021 and September 2022, in so-called Phases 5 and 6 of the UMR process, will affect an estimated 1,200 firms globally and represents a dramatic escalation of scope and reach.

What many firms don’t realize is the complex new regulatory burden that UMR will require – which in turn means embedding new technology and software to meet the rules.

“Up until now, only a handful of very large hedge funds were subject to UMR” says Griffiths, a former ABN Amro banker who has worked in the sector for 20 years.

“With Phase 5 and 6, smaller hedge funds who don’t necessarily have the internal infrastructure to handle the additional regulation-related burden will need to look at outsourced technology,” he says.

The new rules, whose introduction was delayed for a year because of the pandemic, could hardly have come at a more difficult time for hedge fund managers.

“A lot of hedge funds’ returns over the past few years have been lower than expected due to volatile markets,” he says. “They have had to fight very hard to outperform passive investments that are available to investors through ETFs in particular. As a result, hedge funds have been much more focused on costs than previously. They can’t afford for any cost drag on their portfolio performance.”

That means asset managers are under enormous pressure to find ways to meet the new requirements in a cost-effective way.

“That focus on cost within the hedge fund world is something that we see much more than 5 or 10 years ago, when returns were a bit easier to come by,” he says.

Cassini, whose clients include Blackrock and many other big asset managers, offers an outsourced solution to help hedge fund managers comply with the new rules, which cover the margin requirements for non-centrally cleared derivatives including fixed income, equities, credit and commodities derivative trades.

“Cassini offers margin analytics that provide transparency on the types of margin the buy side are being charged, either from their prime brokers, under UMR or from clearing brokers as well,” he says.

“With these margin calculations, clients are able to see the cost of margin before they trade. As a trader, I can say: ‘What would be the implications of executing this trade in terms of my margin requirements’. We give them a real time ability to see what their post-trade costs are going to be.”

Griffiths says UMR is fueling demand for increasingly sophisticated tools which portfolio managers use to optimise portfolios and allow them analyze them in new ways.

“The move into UMR has made people look at their portfolios in a different way,” he says. “They know they have now got large margin requirements when they didn’t before. And because of UMR they’re going to have to perform some optimization analytics to make sure that they keep their costs low.”

He continues: “We have optimization algorithms that use machine learning. They will take a client portfolio and propose a set of trade moves to optimize the cost associated with those positions. Maybe you move 10 trades from one counterparty to another. Maybe you moved 1000 trades from one counterparty to another. If you did that, this would reduce your costs by this amount.”

Unprepared firms could be in for a shock

Griffiths says that many of the Phase 6 firms are not sufficiently well advanced in their preparations for UMR.

Hedge funds that have not yet prepared for the new rules need to act fast. If they fail to comply in time, they could be in for a nasty shock.

“They could get to September 1 next year and try to do a trade and their counterparty says: ‘No, we cannot do that’.”

Either way, the new regulatory burden imposed by UMR is not the only new trend which Griffiths observes in the market for financial technology.

Portfolio managers are no longer satisfied with just having access to a market prices on their trading screens. They are increasingly wanting access to data maintained in middle and back office systems in order to gain deeper visibility into the overall costs to the firm.

“We see more and more requests from the front office to see some of the information that exists within the back office systems,” he says. “There’s a requirement for the traders themselves to see all the market prices, plus a range of other information that’s coming from their back office and middle office functions… Having advanced analytics, algorithms and optimizations that can help clients trade efficiently has become more important.”

This trend is also being amplified by the migration to the cloud, which has allowed asset managers to quickly and easily access the huge computing power needed to deploy powerful AI and machine learning tools.

“We leverage AWS within Cassini, and it gives us really good scalable cheap compute, to be able to provide complex analytics to clients,” he says.

As asset managers shift more and more of their systems to the cloud, this is a trend that is only likely to grow further in importance.